It has been a long road to recovery for 20 year old Byron who suffered an ACL injury last year which kept him out of competition for the entire 2011-2012 northern hemisphere season.

“Seeing him land the best run of his life and end up on the podium at the first major event of the season is a real pleasure for everyone who knows Byron,” says Snow Sports NZ’s Head Park & Pipe Coach, Tom Willmott.

The Dew Tour iON Mountain Championships is a five-day action sports festival and has become one of the most watched and attended action sports events in the world. This year’s event ran from Wednesday 12 – Sunday 16 December 2012 attracting some of the world’s best freeskiers and snowboarders in the Superpipe, Slopestyle and Big Air disciplines.

The Men’s Freeski Superpipe semi-final took place on day two of the Dew Tour under semi-clear skies and no winds. The semi-final format consisted of 21 freeskiers each taking two runs during a single heat of two rounds with only their best score counting. With only the top ten skiers moving on to the finals, the semi-final level of competition resembled a winner-take-all attitude from the athletes. Byron put together two well executed runs for sixth place and a spot in the finals. Meanwhile, things did not go to plan for older brother Jossi Wells who crashed out of the semi-final competition.

Moving on to the finals and Byron was confident that if he could land the sequences he’d put down in practice he was in with a chance of a podium spot. Happily the run came together as planned with the left double 12 trick being the key to his success. Showing huge amplitude and excellent execution, Byron scored 90.25 for second place behind Canada’s Justin Dorey.

For Byron’s older brother Jossi Wells the Dew Tour brought a mixed bag of results. He was able to brush off the disappointment of his crash in the Superpipe event by pulling off a fourth place result in the men’s Ski Big Air Final.

However, his luck would turn once more with a dramatic exit from the men’s Slopestyle semi-final on Saturday. Skiing in challenging weather conditions Jossi went a little too big on his final jump, ejected from both skis and crashed out of the competition.

In the women’s Freeski Slopestyle event Taupo’s Rose Battersby looked good to claim one of the top six finals qualifying spots after a solid first semi-finals run put her into fifth place. Coach Peter Legnavsky was delighted to see her put down her practised run which included a left cork nine. Unfortunately a crash on her second run saw Rose fall back to eighth place and out of contention for the finals.

In the women’s Snowboard Slopestyle semi-final the Kiwis would not pull off the results they had hoped for despite a good training week ahead of the Dew Tour. Stefi Luxton was the top placed New Zealander finishing in ninth place, while Ohakune’s Shelly Gotlieb crashed in both runs to finish a disappointing 11th place.

The women’s Superpipe semi-final saw a dramatic turn of events for Wanaka’s Rebecca Sinclair. She sustained a competition-ending knee injury after crashing on her first run and having to be assisted from the course.

The New Zealand Park and Pipe team will now enjoy a well-earned Christmas break before moving on to the next instalment of their Winter Olympic qualifying campaign at the Copper Mountain Grand Prix in the second week of January.

Full results from the Dew Tour iON Mountain Championships can be found at www.dewtour.com 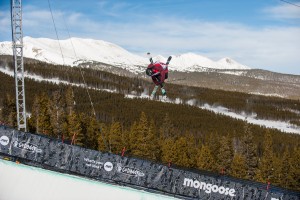