Beau-James Wells through to Finals at Sprint U.S Grand Prix

Competing against a strong field, which included 16 X Games athletes, Wells scored 81.6 with a superb first run, showing impressive amplitude and well-polished tricks. Upping the ante in the second run by adding a sixth hit, he earned his highest ever score of 84 points, claiming 12th place and a place in the finals.

Lyndon Sheehan (Wanaka) also put together a solid performance, landing a new competition run and scoring 80.6 with his first run. A hand drag on the second run knocked his score back to 79.4 for 15th place and took him out of contention for finals qualification.

In the women’s event Janina Kuzma (Wanaka) narrowly missed out on finals qualification with her 14th place finish. Feeling the pressure to perform well after a sketch in her first run, Kuzma skied well in her second run earning a score of 75.4.

Snow Sports NZ’s Head Park & Pipe coach, Tom Willmott, says he is proud of the team’s performances after what has been a tough week. News of New Zealand freeskier Rose Battersby’s spinal fracture at the X Games earlier in the week had come as a shock to all. Following the accident Battersby underwent surgery and is currently recovering at a Denver hospital.

“I’m sure it’ll put a smile on Rose’s face to hear that her team mates have been doing well,” commented Willmott. He also thanked the international freeski community for the concern and support they have shown for Battersby with many competitors approaching the New Zealand team and asking that their best wishes be passed on.

Competition continues in Park City with the Freeski halfpipe finals scheduled for Saturday. 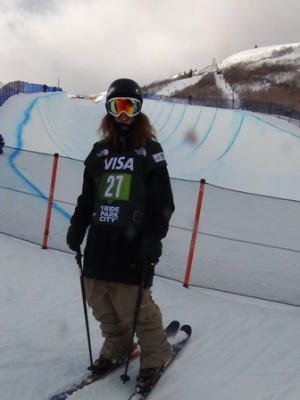