"I'm so stoked on how today went and very happy with sixth place," said Beau-James.  "It's one of the first contests back since I did my knee, and to land my run with four double corks is such a great feeling.

"My goal was to make finals and land a clean run, it was such a heavy field out there today and there were some gnarly runs being put down, so to come out with a (score of) 86 and in sixth place is awesome."

In the best-of-two-runs final  Beau-James saved his best until last, muscling out a left double 9 tailgrab for the first time in competition to add to his right double 900 and brace of double 1260s to place a solid sixth in a heavy competition and stacked field.

Sochi 2014 Olympic gold medalist David Wise (USA) dominated the competition with an absolutely through-the-roof opening combo of switch right-side double 1080 safety into a left double 1260 mute and a perfect final hit right double 1260 mute, and a first run score of 92.80 which would prove untouchable on the day. 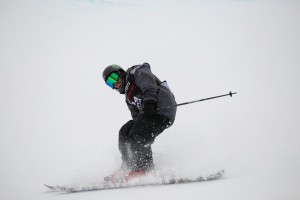