Back to Back Golds for Corey Peters

Competition then moved to the Giant Slalom for the following two days with Corey Peters dominating the field to claim two gold medals. Adam Hall does not compete in the GS discipline.

“I’m really happy with the consistent results over the last three days,” commented Corey after winning his second gold medal.

Heavy snowfalls at the Winter Park resort in Colorado made for testing conditions and an inconsistent snow pack; however, the New Zealanders proved themselves up for the challenge. Corey described the three day event as a “great building block for the World Cup races coming up.”

Both Adam Hall and Corey Peters will now travel to Panorama in Canada for the first World Cup of 2014 before returning to Colorado for a World Cup at Copper Mountain resort. Both skiers have been named to the New Zealand team to compete at the 2014 Winter Paralympic Games in Sochi, Russia in March along with para-snowboarder Carl Murphy (Wanaka).

Click here for Day One Results from Winter Park Open 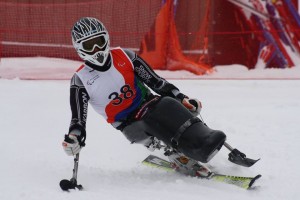