Queenstown, New Zealand (14 June 2016) – The Snow Sports NZ Alpine Sport Forum was held in Queenstown on Sunday 12 June and was followed by the TD and ROC Update on Monday 13 June. The sessions provided valuable opportunity to hear first-hand from people who are directly involved in running the sport including coaches, race organising committees, technical delegates, alpine club members, and Snow Sports NZ staff and Board members.

The Forum and Update were facilitated by Snow Sports NZ Alpine Manager Hannah Hazeldine with Snow Sports NZ CEO Marty Toomey and Director of Coach and Sport Development Adam Dooney also leading specific topics. These included an update from Snow Sports NZ on its funding situation, discussion around the organisation’s roles within the sport of alpine ski racing; information on training and development pathways for athletes, coaches and race officials; the 2016 race calendar and rule changes.

Marty Toomey led a session on health and safety legislation. Worksafe New Zealand have produced an educational video which can be found at this link. The video, presented by WorkSafe CE Gordon MacDonald, is a great resource for understanding the basic facts about the Health and Safety at Work Act (HSWA).

Club presidents reported on the successes of their athletes’ northern hemisphere seasons and clubs’ plans for the upcoming New Zealand season. Coaches Jonny Rice and Nils Coberger provided updates on the national men’s and women’s team.

Dr Milne Simpson and physio Ginny Rutledge ran a highly informative concussion education session. Information and policy for concussion management is available on the Snow Sports NZ website along with a link to a printable version of the pocket concussion recognition tool.

Minutes from the Alpine Forum and Update will be posted on the Snow Sports NZ website shortly and will provide further information about matters arising and information provided.

Voting for the Alpine Sport Committee closed at 4.30pm on Sunday and Adrian Farnsworth, Toby Arnott, Grant Winsloe and Mark Gillings were elected to the Committee. 35% of eligible members cast a vote.

The Alpine Sport Committee is made up of up to seven members, two to four of whom are elected by Alpine members, one of whom is a Snow Sports NZ employee (this position to be filled by Alpine Manager Hannah Hazeldine) and up to two whom are appointed by the Snow Sports NZ Board. The Board will now begin the process of finalising these appointments and an announcement will follow in due course. The Chair of the Alpine Sport Committee will then be elected by the Committee members. 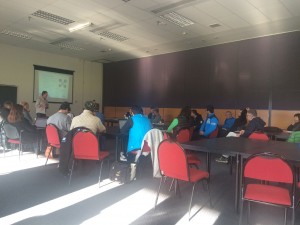