Sochi, Russia- (11 February 2014) –Tonight was the turn of New Zealand skier Anna Willcox-Silfverberg to test her mettle in the new Olympic discipline of freeski slopestyle.

A relative new-comer to the sport having only taken up slopestyle skiing three years ago, Anna was looking to challenge herself against the world’s best with her goal to finish in the top 16.

Competing on the same course used for the snowboard slopestyle event at Sochi’s Rosa Khutor Extreme Park, the 22 female skiers had two qualifying runs to post their highest score with the top 12 then progressing to finals.

The slopestyle course is laid up in two parts with three rails features at the top and three large jumps at the bottom. Skiers are judged on difficulty of the run, execution of tricks, amplitude over the jumps and combinations of tricks and manoeuvres.

Warm temperatures had softened the snow, making for a slow course and rutted landings with flat light also adding to the day’s challenges. Before the end of competition several skiers picked for Olympics medals, including the current X-Games champion, would have crashed out of contention.

Fourth skier to take to the course, Anna held her composure, handled the rail section with ease and landed a solid first run to score 62.40. By the end of the first round she was sitting in 12th place and needing to go all out if she was to claim a place in the finals.

Anna’s coach Peter Legnavsky explains the tactics from thereon in: “The question was do we stick with the same run as in the first run and just make a minor improvement or do we go and try to get into the final, which was a little bit of a dream for us, to get into the final at the Olympics.

“We decided we needed to fight for it, we’re not going to settle for just a little bit, we want it all. She put everything on the line and went for it.”

Starting out well on the rail section, Anna pushed for a rodeo 540 trick on the first jump, landed but had lost too much speed to tackle the second or final jumps. Finals qualification was not to be and by the end of the qualifying rounds the New Zealander was sitting in 15th place. The performance goal had nonetheless been met.

“I am absolutely ecstatic,” enthused her coach. “It was a great day and a great competition. Anna showed a true Kiwi fighting spirit. She put everything on the line and gave it 100 percent. She didn’t hold anything back.”

“She was skiing exceptionally and I’m very proud of her. She is showing big promise for the future.”

“As a developing athlete new to the Olympics, Anna certainly stood up and it was exciting to see. She achieved what she set out to do: landed her run and achieved a credible result.

“Now that Anna knows that she belongs at this level, in the top 16, she can look forward to PyeongChang in 2018 where she can build on this result.”

Anna was also satisfied with the day’s work. “Today everyone skied amazingly and I’m happy with how I skied in comparison.”

Asked if it was too soon to be looking ahead to the next Olympic Games she replied, “I want to be podiuming at the 2018 Games.

“I’ve been in the sport for not even an Olympic cycle, I’m going to have so much more to give in four years and I’m really looking forward to representing my country again.” 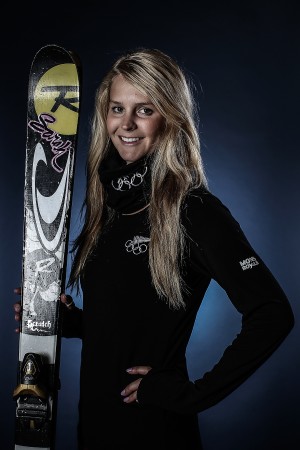