The National Junior Championships started with Slalom and Cardrona Alpine Ski Team’s own Piera Hudson taking the win in the Ladies’ race ahead of Alex Hull of the Queenstown Alpine Ski Team and Emma Fifer of the USA in 3rd.

In the NJC Men’s race it was Andreas Amdahl of Norway who took the win, .98 ahead of Korea’s Jeong-Woo Shin, Queenstown Alpine Ski Team’s Hamish Garrick took bronze.

The second day of racing was the Giant Slalom event where Piera Hudson took her second win of the series ahead of Australia’s Rebecca Brown in 2nd and Ireland’s Elle Murphy in 3rd.

In the NJC Men’s GS Andreas Amdahl took his second win of the series with Kiwis Hamish Garrick (2nd) and Will Cashmore (3rd) rounding out the podium.

The NJCs are the concluding event for the NZ Junior FIS Series. The series is made up of 5 Slaloms and 5 Giant Slalom events competed throughout the winter. The individual discipline titles are awarded to the athletes with the lowest 2 discipline FIS Point scores. The overall title is awarded to the athlete with lowest single GS and Slalom scores combined.

Our 2018 NZ Junior Series Winners are:

The Ladies' U16 Slalom Championship race was a clean sweep of the podium for the Queenstown Alpine Ski Team girls and season’s best national point score for winner Olivia Flight and second place Esther Vile, with Charlie Francis taking bronze.

The Men’s U16 Slalom Championship was yet another close fought race with Australia’s Harrison Daines finishing just .35 ahead of both Harrison Messenger and Sam Hadley who tied for 2nd place.

The second day of racing was Giant Slalom for the Youth Championships racers.

In the Ladies U14 GS race it was Mikayla Smyth (CAST) who took her second National title of the series ahead of QAST’s Jessica Finnegan, with first year U14 Ruby Fullerton (Elite Sport) taking 3rd place.

In the U16 Ladies GS race MacKenzie Frost (Team Ohau) had a season’s best performance to secure the National GS title, ahead of Kyra Wheatley and Michol Hinton.

The U16 Men’s GS race was won by Cardrona Alpine Ski Team’s Harrison Messenger finished a very strong season of GS with a title win ahead of teammate Sam Hadley, with Harrison Daines in 3rd place.

The National Youth Super-G Championship race was unfortunately cancelled due to high winds.

The National Youth Championship races were followed by the concluding races of the New Zealand Youth Series. https://www.snowsports.co.nz/calendar-and-results/2018-events-calendar-and-registrations/cardrona-nzys-finals-check-changes/

The 2018 New Zealand Youth Series Overall Winners are awarded to the athletes with the best 4 SL, 4 GS and 2 Super-G score combined:

Congratulations to all the athletes who competed in the NZ Youth Series.

A huge thank you to the Wanaka Ski and Snowsports Club and to Cardrona for their excellent work in hosting the National Junior and Youth Championships. 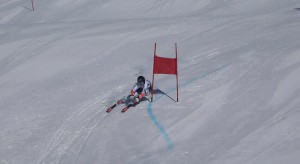