The course was challenging but Alice attacked it with aggression and speed. Her first two splits were -0.04 and -0.18 up on leader Federica Brignone of Italy. As the pitch steepened up Alice lost some time but kept her form and finished just +0.53 behind winner Federica Brignone.

Alice explained “I am really happy with that; I think I skied really well. I just had a couple spots where I got a little bit pushed and I lost some time but 7th is still a really good result and I was only a 10th of a second off fourth place so heading in the right direction.”

This is another fantastic result for the 20-year-old ski racer, once again proving she is incredibly capable in the speed disciplines alongside the technical discipline of Giant Slalom where she has had three World Cup wins in her career.

Alice will be next competing on Sunday the 23rd of January in the Cortina d’Ampezzo Super-G World Cup. Thanks to her two second-place Downhill finishes earlier this week she is likely to have the opportunity to attend the Downhill training days in the days prior so she will be more familiar with the course before her race.

Alice has been selected to the team to represent New Zealand at the 2022 Beijing Olympic Winter Games. 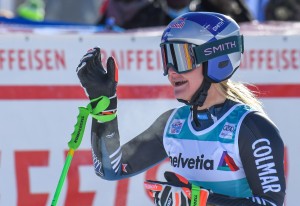