Hall won BRONZE in the Men's Super Combined – Standing in a time of 1:54.77, just a quarter of a second slower than Finland’s Santeri Kiiveri in second place.

Hall moved right up the field, from 15th to 3rd place in the Slalom half of the Super Combined, in a massive run, described by commentators as having “millimetre precision”.

Slalom is Hall’s specialist discipline and it could be clearly seen in his dominance in the second half of the Super-Combined – his Slalom time of 39.44 being second fastest after gold medal winner Arthur Bauchet of France with 39.38.

This is Hall’s fourth medal, along with two previous Slalom gold medals and a bronze in the same event from 2018.

Aaron Ewen gave it his everything but the technical Slalom course got the better of him today, recording a DNF on the slalom course.

Hall’s next and final event is the Slalom, scheduled for this Saturday 12th March. 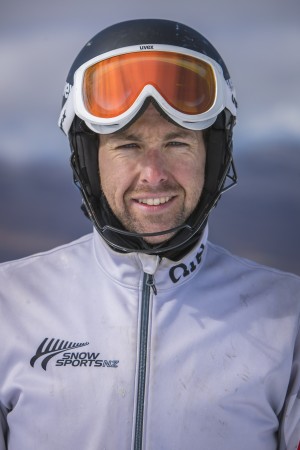