It has been another successful year for Snow Sports NZ. The Olympic and Paralympic Winter Games have been a highlight, with standout results from the medallists who created history: Zoi Sadowski-Synnott, Nico Porteous, Adam Hall and Corey Peters; additionally the placings of Beau–James Wells (4th Freeski Halfpipe), Carlos Garcia Knight (5th, Snowboard Slopestyle) and Carl Murphy (5th Para Snowboard Banked Slalom and 6th, Para Snowboard Cross) were so close to podium and very credible.

Attendees of this year’s Snow Sports NZ Annual Awards were entertained by guest speaker Portia Woodman, a member of the Black Ferns sevens and one of the most recognisable players in rugby worldwide. She was a key player in the team which became silver medalists at the 2016 Rio Olympic Games, gold medalists at the 2018 Gold Coast Commonwealth Games, and more recently World Champions following their dominant display at the 2018 World Cup in San Francisco.

Portia was recognised on the global stage with the 2015 World Rugby Women's Seven's player of the year award and in 2017 was named World Rugby Women's Player of the Year. She is the top try scorer in World Series history and was an instrumental player in the Black Ferns fifteens side, defending their World title and being named 2017 World Champions in Ireland.

Adam has competed at four Paralympic Winter Games and is now a two-time gold medallist in Slalom following an outstanding performance in PyeongChang this February. In winning the second gold medal eight years after the first, Adam demonstrated the commitment it takes to achieve and be the best in your sport.

As well as gold in Slalom, Adam earned a Paralympic bronze medal in Super Combined and in the lead up to the games, won gold and silver World Cup medals. He was bestowed with an incredible honour when he was announced as winner of the Whang Yuon Dai Achievement Award. This is presented to only one male and one female Paralympian at each Games who best exemplify the spirit of the Paralympic Games and the Paralympic values. 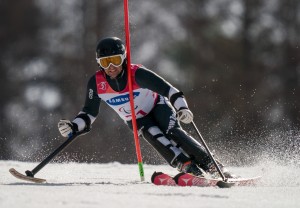