Para alpine skier Corey Peters is preparing for his first race of the 2019 World Para Alpine Skiing Championships with the Giant Slalom scheduled to get underway at 10pm tonight (Monday 21 January) NZT.

Two cities will host the 2019 World Championships, with Kranjska Gora in Slovenia staging the technical events while the speed events are held in Sella Nevea, Italy.

The races in Kranjska Gora will be held from 21 to 24 January, with Sella Nevea taking over from 29 January to 1 February. The competition will feature 98 athletes from 30 countries competing in sitting, standing and vision impaired races.

Corey will compete in every discipline except Slalom.

Adam Hall is not competing at this year’s World Champs, taking the season off to prepare for the birth of his first child. 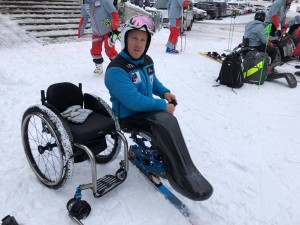