Auckland, New Zealand (23 June 2014) –The first races of the 2014 season took place at Snowplanet on Saturday 21 June with close to 90 ski racers and snowboarders in the U10 – U18 age categories competing in an Interfield event.

The combi event was made up with Giant Slalom gates and Slalom gates with racers competing one run of each course, and tested with a mixture of long and short turns, speed and a constant change of radius.

The U12 and U14 skier age groups attracted the highest number of entries. Tess Porter posted the fastest combined time for U12 ladies and Nate Gilbertson U12 men. Phoebe McIntosh and Blake Hartley took the honours in the U14 group.

The 2014 race season promises to be an exciting one with the Snow Sports NZ event calendar packed full with races throughout New Zealand. For more information click here 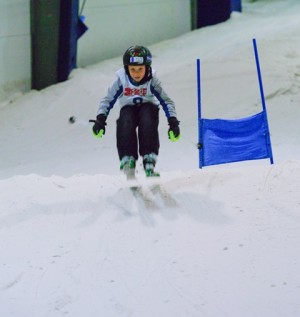