Lake Wanaka, New Zealand (5 October 2012) - Weather proved the deciding factor on what was scheduled to be the final day of competition at the 2012 Snow Sports NZ Junior Freeski & Snowboard National Championship with high winds forcing the cancellation of the Salomon Ski Halfpipe and K2 Snowboard Free-ride.

An award ceremony was held at the Lonestar restaurant in Wanaka at midday on Friday 5 October and New Zealand’s national ski and snowboard champions were presented with their trophies. Results were based on the four events which had been contested within both freeskiing and snowboarding.

While the weather conditions had proved to be a challenge on some days, other days had seen competitors and spectators enjoying blue skies, sunshine and fantastic spring snow.

“I just love seeing the kids out there having fun and trying their hardest. It’s great to see how much they enjoy getting on the podium. We really want to encourage kids to make snow sports a lifestyle choice from a young age and events like the Junior Nationals certainly help with that,” said Legnavsky.

Next year’s Snow Sports NZ Junior Freeski & Snowboard National Championship is scheduled once again for the first week of the school holidays. See you all there!

Images from the week’s events are online now at the Junior Freeski & Snowboard Nationals NZ Facebook page. Photographer Andy Woods also has some awesome shots which can be viewed at  http://andywoods.smugmug.com/Events  If you would like a copy of any of Andy’s images please contact him at [email protected]

Thanks to the crew at Cardrona Alpine Resort and to all our fantastic sponsors! 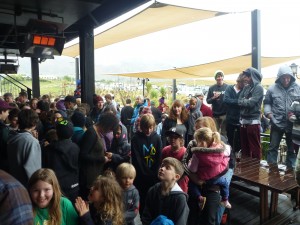