Zoi Sadowski-Synnott has won the second X Games gold medal of her career, backing up her win in Aspen in 2019, with first place in Snowboard Slopestyle at X Games Norway.

Zoi showed technical prowess in the rails at the top of the course with combos like her backside bluntside to backside 180 sameway and her boardslide pretzel, both in run 1. Her switch backside double cork 900 stalefish in Run 3 was the biggest trick of the contest. She took an early lead in run one and never gave it up, with top-to-bottom runs in three of her four passes. Japan’s Kokomo Murase bettered her Aspen 2020 bronze performance with a Slopestyle silver and Canada’s Brooke Voigt earned her first X Games medal with bronze. 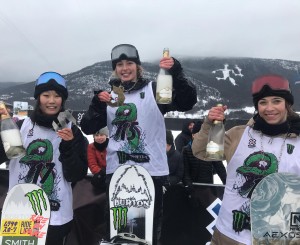