New Zealand sport is set to get a massive boost thanks to a ground-breaking grassroots sport initiative launched yesterday (14 November 2019) by Sky and Olympian and former America’s Cup sailor Rob Waddell.

More than 50 National Sports Organisations - including Snow Sports NZ - and rights-holders have come together to form the New Zealand Sport Collective, led by Rob Waddell.  Together, they will be part of Sky Sport Next, a platform designed to be a launching pad for some of New Zealand’s most popular grassroots sports and rising young talent.

Through Sky Sport Next, New Zealanders will get free access to watch more than 50 different sports and thousands of events, many of which wouldn’t have otherwise been live streamed or made their way to a leading platform.

The events will be streamed, and highlights packages available, on the Sky Sport Next YouTube channel and some content will be broadcast on Sky Sport, Sky’s sport streaming service Sky Sport Now, and Sky’s free-to-air channel Prime.

Content already available on the platform includes 'The Pathway' filmed at the 2019 Snow Sports NZ Junior Freestyle National Championships which tells the story of how competitive freeskiing and snowboarding has developed in New Zealand, featuring Jossi Wells, a pioneer of the sport, and Olympians Beau-James Wells and Finn Bilous, through to the new generation of snow sports athletes striving to #benext.

Watch the 25-minute long feature below 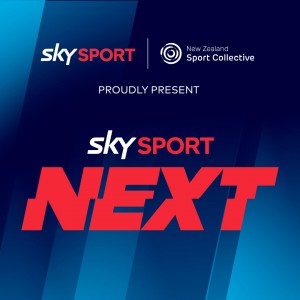