With wind increasing throughout the morning a call was made to cancel the women’s finals and results were taken from yesterday’s qualifying rounds meaning that Ruby Andrews (Queenstown) would finish second in women’s ski. Queenstown-based Japanese rider Cool Wakushima finished second in women’s snowboard.

“I’m so stoked,” said Gustav, “it’s the first time I’ve made finals in an open men’s slopestyle comp, I’m just really happy to get that run down.”

Gustav put down his top scoring run (72.33) on his first attempt of two, one of the only riders to land a clean run in the first round windy conditions. Gustav’s run was:

Luca Harrington, who qualified to finals second in his heat, came firing out of the start gate on his first run, looking tidy on the rails but came unstuck on the second jump, putting his hands down and not having enough speed to make the final jump. He finished seventh overall, with NZ’s Max McDonald (Arrowtown)eighth and Connor Addis (Auckland) 11th.

The event is the second in the International Ski Federation (FIS) ANC Series and is also sanctioned by the World Rookie Tour.

The next events in the ANC series will be held as part of the Winter Games NZ at Cardrona Alpine Resort beginning on 26 August. 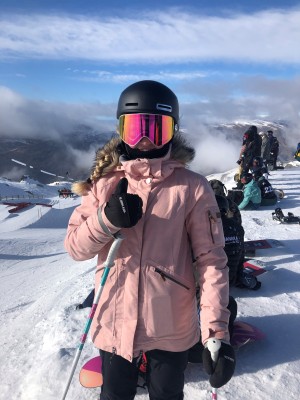