With a 35 gate course set and temperatures scheduled to rise throughout day there was much anticipation amongs athletes and coaches as to how the piste of the Hurdle course would change between the first and second runs as it had for the first day of Giant Slalom racing yesterday.

Kiwi Piera Hudson continued her strong form from the recent ANC races in Hotham, Australia and wasn’t letting an altercation with a gate midway down the first run of yesterday’s race prevent her from charging into third place.

“Spring conditions made it a fight in the second half of the course to run a smooth, fast line this afternoon,” said Hudson.

If the first run was about consistency and finding flow, the second run with a straighter course following a full length reset was one of survival with the second run taking a high number of casualties across both fields.

Birthday girl Chaira Mair found her groove and taking the lead in both first and second runs making it three consecutive years in a row that she has raced and won in New Zealand on the day of her birth.

“I had a good feeling this morning knowing that it was my birthday and that I have skied very well on my birthday here before,” said Mair.

A double salting of the piste to assist in keeping the snow as hard as possible kept the course as firm as could be expected but it was clear that the snow conditions and straighter course set were playing havoc with the field as multiple men exited the course on the bottom section of the below ‘Coaches Corner’.

As the top 30 men from the first run were reversed in start order for the second run, Marco Reymond (Switzerland) proved that putting two clean runs together wins races.

“Today was very turny and that was very good for me, I like that. It was different snow between runs, very aggressive up top and very soft down the bottom. I had good speed going into the flat section which I could hold to the finish,” commented Reymond.

Swiss racers Pierre Bugnard and Daniele Sette joined their team mate Reymond on the podium with the addition of ANC yellow bib holder Magnus Walch (Austria) who tied with Sette for third.

In a show of dominance, the Swiss men filled five of the top fifteen positions.

New Zealand’s Adam Barwood was the fastest of the Kiwis skiing to 13th position.

The complete Alpine Ski Racing schedule can be viewed at https://www.wintergamesnz.kiwi/sports/alpine/

Full results from the Alpine Ski Racing Giant Slalom events can be found at https://vola-publish.com/snowsportsnz/ 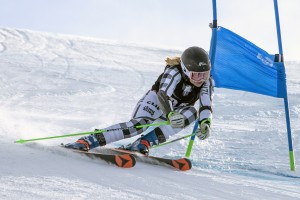