Paralympics New Zealand (PNZ) marked the third community event as part of The Celebration Project, where over the next 12 months in the lead-up to Tokyo 2020, the achievements of New Zealand’s 209 Paralympians since Tel Aviv 1968 will be officially recognised and celebrated.

All 18 Paralympians were acknowledged and celebrated and joined an elite group of Paralympians that have now received their official ‘numbered’ Paralympic pin and certificate. This group now totals 44 following the Celebration Project events in Auckland and Whangarei throughout May. The official Paralympic ‘number’ is a unique number that is bestowed only once a Paralympian has competed at their first Paralympic Games. Athletes are then ordered alphabetically within each Paralympic Games.

PNZ has now staged 3 events (Auckland, Whangarei and Hamilton) and will stage a further 9 community events around the country, within the communities that have so openly supported their Paralympic heroes over the past 50 years. The project has been made possible thanks to funding and support from the New Zealand Lottery Grants Board, New Zealand Chambers of Commerce and Toyota New Zealand.

Patrick is New Zealand’s most decorated winter Paralympian and on his Paralympic debut in Innsbruck 1988 he emerged as part of a new generation of Kiwi Para alpine skiers. Patrick won 6 medals across 3 Paralympic Winter Games, including a silver at Innsbruck 1988 and two spectacular gold medals at Albertville 1992. This was a feat he was to repeat at Lillehammer 1994 two years on, when he defended his 2 gold medals and picked up a bronze. 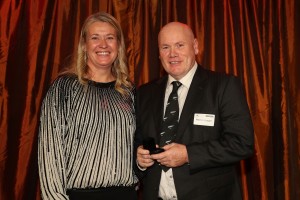