Freeskiers Ben Barclay and Luca Harrington, as well as snowboarder Mitch Davern were in action in the big air on the final day of competition at Lausanne 2020.

Harrington and Davern put down solid runs to progress to the finals while Barclay bowed out in the qualification stage.

In the finals Davern (Auckland) finished fifth with a combined score of 174.75 from two runs.

“I landed all my runs and I’m super happy because I landed a new trick on the last one and I’ve been wanting to land that for a while.”

Harrington, who yesterday won a bronze medal in the halfpipe, went down hard on his first run in the final, injuring his hip.

The 15-year-old from Wanaka attempted a second run but didn’t make the landing, finishing in 12th place overall.

“Luca’s bronze medal in the halfpipe was a real highlight for the New Zealand Team at these Games. He showed maturity beyond his years in that competition and I have no doubt that he has a brilliant career ahead of him,” said Teat.

“We’re really pleased with how the team has performed at these Games. Our athletes have represented New Zealand with pride and passion on and off the field of play,” said Teat.

“The Games have developed our team as athletes, as well as allowing them to develop as people and forge connections with athletes all over the world.”

New Zealand was represented by 20 athletes at the Games. 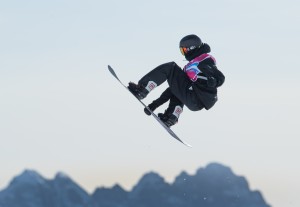