Milan-Cortina (ITA) will host the Olympic Winter Games 2026. The decision was taken today (24 June 2019) during the 134th Session of the International Olympic Committee (IOC) in Lausanne, (SUI).

The other candidate in the ballot was Stockholm-Åre (SWE).

"FIS is very much looking forward to excellent Olympic Winter Games 2026 in Italy. We have a strong history with Italy, as they are regular hosts of numerous important, high-profile events on the FIS competition calendar including our marquee event, the FIS World Ski Championships with Cortina being the host of the upcoming 2021 Alpine World Ski Championships and Val di Fiemme having hosted the 2013 edition of the Nordic World Ski Championships,” said FIS President Gian Franco Kasper.

“We would like to congratulate both Candidates on excellent bids. FIS also highly appreciates the work of Sweden, which is also a traditional Organiser of many FIS competitions every season at all levels. On the seven year journey to 2026, FIS is looking forward to working with and supporting Italy in preparation for outstanding Olympic Winter Games," Kasper concluded.

IOC President Thomas Bach said: “Congratulations to Milan-Cortina. We can look forward to outstanding and sustainable Olympic Winter Games in a traditional winter sports country. The passion and knowledge of Italian fans, together with experienced venue operators, will create the perfect atmosphere for the best athletes in the world. The Olympic Winter Games Milan-Cortina 2026 will feature iconic venues and beautiful settings, combining the attractions of a modern European metropolis with a classic Alpine environment.”

He added: “The new Candidature Process has demonstrated the success of Olympic Agenda 2020. We have lowered the cost and complexity of developing Games projects, which now serve the long-term development goals of the host communities and have sustainability and legacy at their hearts. This has led to a significantly reduced organisation budget and the use of 93 per cent existing or temporary competition venues. I also want to thank Stockholm-Åre for presenting an excellent candidature and being part of the Candidature Process for the Olympic Winter Games 2026.”

Italy is a sport-loving nation, and winter sports are part of the tradition, culture and identity of Northern Italy. The region has world-class winter sports venues, ranging from the ice arenas of Milan to the well-established and iconic World Cup and World Championship destinations of Cortina, Bormio, Antholz and Val di Fiemme.

The plan is fully in line with the Olympic Agenda 2020 reforms, which call for making maximum use of existing and temporary venues if there is no post-Games demand for new permanent facilities.

With regard to competition venues, Milan-Cortina 2026 prioritises sustainability and legacy, as 13 out of a total 14 facilities (93 per cent) will be existing or temporary.

The project has the unified backing of the Italian sports movement, the private sector and national, regional and city governments – providing a solid foundation for its delivery.

It features a clear vision to use the Games as a catalyst to boost economic development across Northern Italy, including supporting the regions to achieve their specific tourism goals, and to stimulate economic activities between the metropolitan and mountain areas.

In addition, the proposed Games operating budgets were on average 20 percent lower than those of the Candidate Cities for the Olympic Winter Games 2018 and 2022. 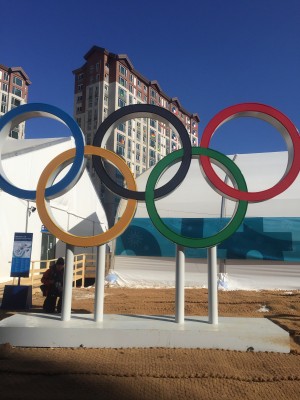