Winter Park, USA (3 January 2020) –It was medals all round for the NZ team competing at the World Para Alpine Ski races at Winter Park in Colorado today with Corey Peters (New Plymouth) winning both Super-G races in the men’s sitting category, Adam Hall (Wanaka) claiming second and third in the standing category and sit skier Aaron Ewen (Tuakau) a third place.

Despite the challenges of fresh snow, cold temperatures and flat light Corey Peters said, “today felt really good, managing to put down two consistent runs and take out both races.”

Corey said he is “pretty stoked on the early season consistency both in Mammoth Mountain pre-Christmas and here in Winter Park.”

Corey scored four podium placings at the North America Cup series at Mammoth Mountain in December, with Adam also on the podium, with a third-place finish.

“I’m pleased to get some successful early season racing done before moving on to focus on some quality training,” said Adam after today’s race.

Aaron Ewen said, “I’m happy with how the week went and know what I need to focus on in the next month before the next races.”

The team will compete again in the USA next month before travelling to Europe for their pinnacle events, the WPAS World Cups in Norway and Sweden, in March. 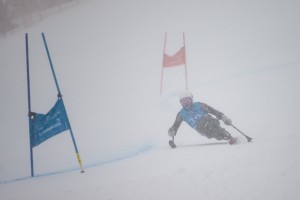