One day two at the Lausanne 2020 Youth Olympic Games alpine skier Harrison Messenger competed in the Alpine Combined Slalom where he placed 25th, to finish in 23rd place overall.

New Zealand Team flagbearer Campbell Wright put in one of his best ever performances to finish in 6th place in the 12.5K Biathlon at Lausanne 2020.

The Hawea Flat athlete competed in a field of 99 athletes and was hoping to finish in the top 20.

“I usually race U21s and I had no idea how I’d stack up at this level so I’m stoked to finish in the top 10,” said Wright.

Early in the race the 17-year-old was in medal position but a poor shooting round dropped him back to 12th with one lap to go.

Wright is hoping to go one better when he competes again in the 7.5K biathlon on Tuesday January 14th.

“My next race is the sprint which is more weighted on the skiing and that’s the one I usually do better in so I’m frothing for that to come.”

Wright will also race in the cross country later in the Games. 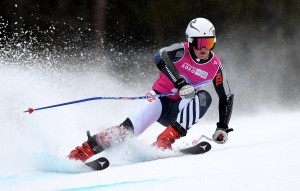