Growing up closer to the city than the mountains, it was at Auckland’s indoor snow sports facility, Snowplanet, where Messenger first found his love of skiing, at the age of four.

He began ski racing at the age of six and now spends his NZ summers training and competing in Europe. He was racing at the Austrian national Junior Championships when he received the news of his selection for Lausanne 2020.

“I feel so grateful and lucky to have this opportunity. I have been training hard towards Youth Olympic selection for quite some time now, and have always loved their vision for youth competition,” he says.

Representing New Zealand at international events is something Messenger is extremely proud to do.

“Hearing over the loudspeaker ‘from New Zealand Harrison Messenger’ was the coolest feeling!” he remembers, thinking back on a successful campaign at the Swiss U16 National Points Series races earlier this year, where he achieved several podium finishes despite starting from the back of the field.

Teammate Katie Crawford says she is “so honoured to have this incredible opportunity and to be able to represent NZ at the Youth Olympics.”

She has been focused on qualifying for Lausanne 2020 for the past two years but her passion for ski racing began at a young age.

“My two older sisters had already discovered ski racing and I was keen to follow in their footsteps,” she remembers. “When I was 11 years old my parents signed me up for a ‘learn to race’ holiday programme with the Queenstown Alpine Ski Team and I have never looked back!”

Winning the NZ overall Junior Champion Cup in slalom for 2019 was a career highlight for Crawford. She also earned national podium spots in Giant Slalom and Slalom as the third fastest Kiwi racer at the New Zealand Alpine National Championships at Coronet Peak in August this year.

Snowboarder Mitchell Davern will compete in both the slopestyle and big air competition at the Games.

“I'm super stoked to be selected for the Youth Olympic Games! This event is special to me as it's one of the biggest competitions for young people for winter sports. This has definitely been a goal of mine for a long time because I have seen my older friends compete in this competition and do well,” said Davern.

2019 has been a breakthrough year for Davern who won the World Rookie Tour Slopestyle Finals in Austria earlier this year. The Tour is designed to develop and showcase the talents of young riders and involved 1100 snowboarders from 35 different nations. Only the best of the best earned the right to compete in the Tour Finals, and it was here that the young Kiwi was crowned World Rookie Slopestyle Champion.

A member of the Snow Sports NZ High Performance Development Team, Mitch is also hoping to use the Youth Olympic Games as a stepping stone to the Beijing 2022 Olympic Winter Games.

“I think this experience will be a huge help to my road to Beijing 2022!”

“Well done to these athletes for all the work you’ve put in to make it to this point. We look forward to watching you compete in Europe next month.”

Sam Hadley has been selected as a non-travelling reserve for the men's alpine events. 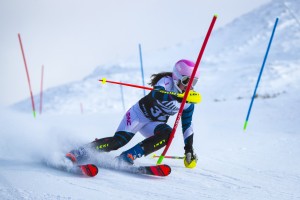