Skiers and snowboarders in under-eight through to under-18 age groups competed in gravity cross, freeride, slopestyle and halfpipe events and had to participate in all four disciplines in order to challenge for the overall titles.

An overall prizegiving ceremony was held at the Lake Wanaka Centre this afternoon.  Overall titles went to:

U8 male: n/a (no eligible competitors)

Running for a decade, the Junior Nationals is a fun competition to close out the season and has long been an important stepping stone for athletes on the competitive pathway.  Past competitors include Olympic medallists Nico Porteous and Zoi Sadowski-Synnott, Youth Olympic Games medallist Finn Bilous, Freeride World Tour athletes Craig Murray and Hank Bilous, as well as Wells brothers Jossi, Byron, Beau-James and Jackson who have gone on to achieve medal-winning success at the world’s most prestigious snow sports events including X Games, Dew Tour and World Cups. 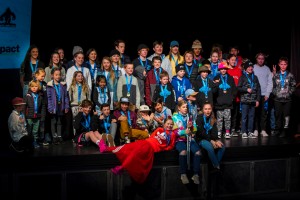