One of the top five winter sports events in the world, this year’s Games is once again essential Olympic preparation for many international teams as they prepare for the 2014 Winter Olympics in Sochi, Russia.

Winter Games NZ chairman, Sir Eion Edgar said there was an unprecedented level of interest ahead of this year’s event with the reputation of the Games growing around the world and the 2014 Winter Olympics just around the corner.

“The previous two Games in 2009 and 2011 established a new standard of winter sports competition in the Southern Hemisphere. Not only does Winter Games NZ provide an opportunity for northern hemisphere athletes to compete during their summer it also plays a major role in the development of New Zealand athletes as they continue to make their mark on the world stage,” he said.

“New Zealand will once again be the focus of the world’s snow sports community this August. We look forward to welcoming thousands of athletes, coaches, media and spectators to our excellent facilities and broadcasting the event to millions more around the world through our new TV and digital partnership with IMG Media.” 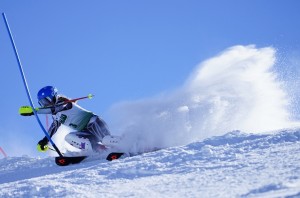