Breckenridge, Colorado (15 December 2017) - NZ freeskier Miguel Porteous (Christchurch) has demonstrated that he is in a good place on his build to the PyeongChang Olympic Winter Games in February with a solid performance in the men's Freeski Superpipe Dew Tour finals and a sixth place finish.

Gaining momentum from qualifying where he placed ninth, Miguel utilised the opportunity to bring new tricks he had been working on into competition landing left double 1080s for the first time in judged runs.

Miguel was aiming for a run with four double-corks including a switch ally-oop 900 last hit, and did well to brush off a crash on this trick in training.  After scoring 84.66 on his second run with three doubles and a smooth and lofty switch allyoop 540, it was all on for run three.  Miguel blasted huge back-to-back double 1260s and his cleanest left double 10, but couldn't quite hold on to the switch allyoop double landing.

"I was really excited to work towards my ideal run for the future and to put one down today," said Miguel. 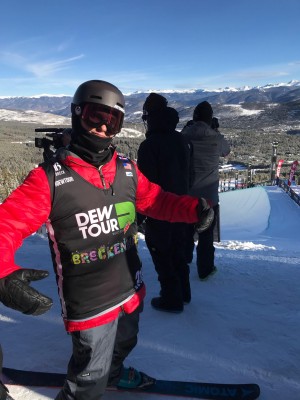