The Lake Hawea athlete was named flagbearer by Chef de Mission Jesse Teat at a team function attended by athletes and their families in Lausanne.

“Campbell is an enthusiastic and determined young athlete whose actions epitomise what it means to be a member of the New Zealand Team,” said Teat.

“As well as being a leader in his sport he’s dedicated to his studies and involved in his community.

Wright, a student at Mount Aspiring College, began cross country skiing at a young age and started competing in biathlon in 2017.

He has been named ‘Snow Sports New Zealand Cross Country Skier of the Year’ every year since 2016. Last week the young athlete won the Italian Biathlon Nationals in the U19 category.

“This is amazing, it means a lot to me and I can’t wait to get to lead our team and wave the flag at the Opening Ceremony.”

Wright arrived in Lausanne on January 7th and has been training ahead of competition which begins on January 10th.

“We’ve been at the Athletes Village and the competition venues and they’re looking great so I’m expecting a really good couple of weeks,” said Wright.

“I’m excited to get out there and compete. It’s great to be mixing with athletes from all around the world and I’m sure the New Zealand Team is going to put in performances we can be really proud of.”

The skier is coached by Luca Boromilili. Wright will lead the New Zealand Team into the Opening Ceremony which begins at 1900 local time on January 9th (0700, January 10th NZT).

The Kiwi athletes will compete across nine different disciplines at the Games, which run from January 9-22 in Lausanne, Switzerland and in areas of nearby France.

The Winter Youth Olympic Games is run by the International Olympic Committee and will be the third Winter Youth Games, following those in Innsbruck in 2012 and Lillehammer in 2016.

The Games provide a valuable pre-elite development opportunity for the world's most promising young winter athletes, allowing them to experience a multi-sport games environment while exposing them to learning and cultural opportunities.

Almost 2,000 athletes from 73 countries will compete at the Games.

Coverage is available on Sky Sport. 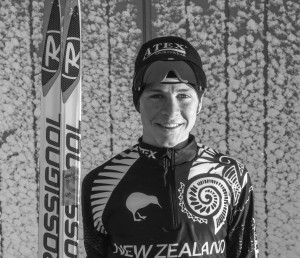